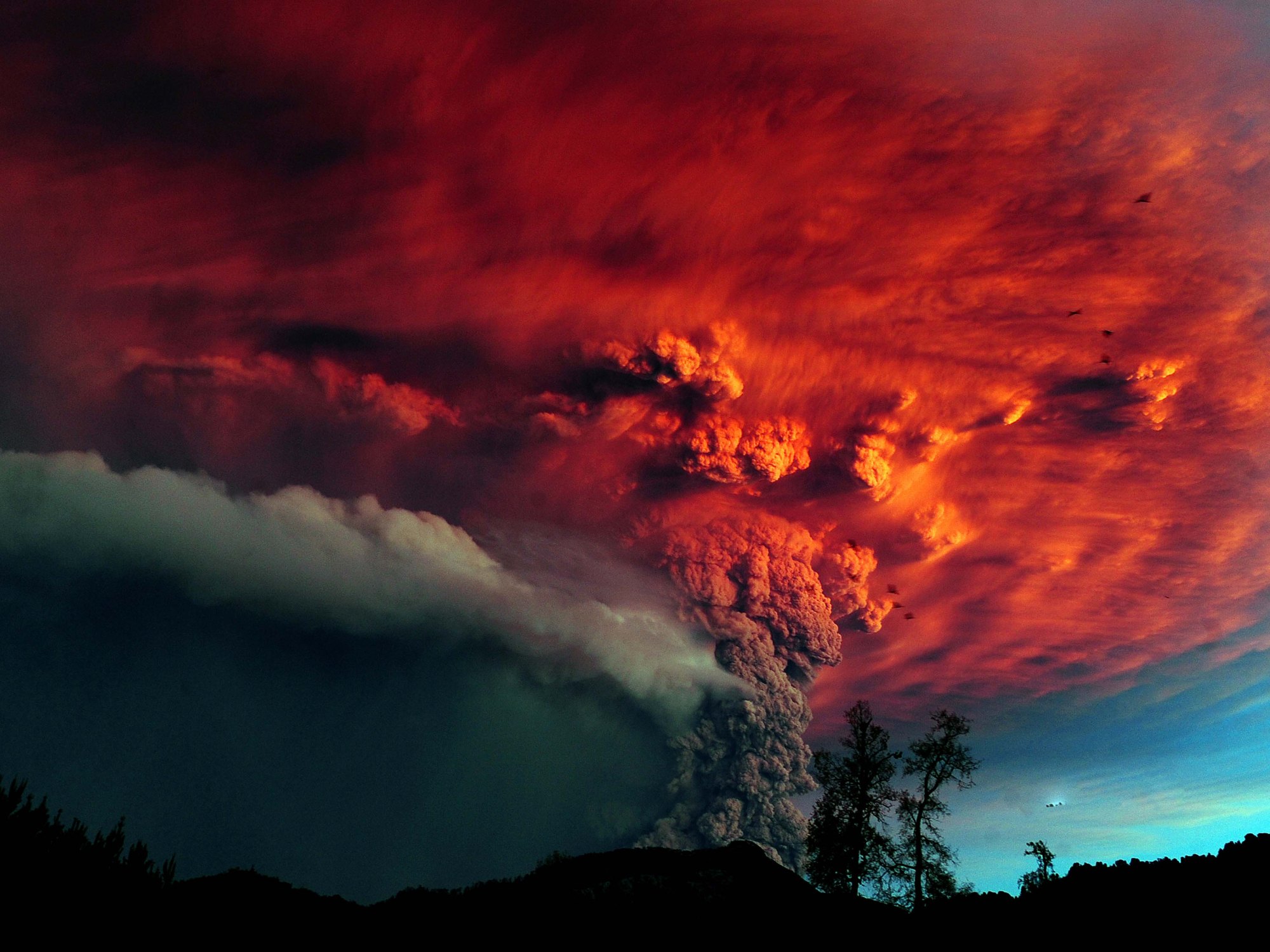 The recent election of SYRIZA in Greece has invested a lot of hope in the emergence of a popular anti-austerity front across Europe. However the deep resistance that SYRIZA are facing to even the modest social reforms they are proposing from their European partners gives an indication of the intrinsic limits of parliamentary action alone to wider, and particularly deeper, social change. That is not to say that there are no important lessons to be drawn from this situation. Part of SYRIZA’s success story is in the way in which it has effectively capitalised on political ground that has been largely conceded by the parties of the social democratic centre in their widespread commitment to “responsible” economic policies and continuing austerity. This is a situation repeated across many European democracies. The so-called PASOKification of the centre left (in the UK and particularly in Scotland) has left a certain degree of political space “up for the taking”. The recent explosion in Green Party membership in England and Wales fits this story nicely: some might even find themselves feeling optimistic about alternatives to the Political status quo. Nonetheless, we need to be hard-headed in how we deal with these recent trends.

Poverty, hopelessness and powerlessness have drawn many throughout Europe, including a considerable section of both our own and the Greek electorate, to the populist and far-right. Understanding why it was the left that triumphed recently requires more than looking to SYRIZA’s leadership and electoral strategies – we need to look at the way broader Greek anti-capitalist culture operates. For decades a vibrant network of extra-parliamentary parties, social movements and trade union groups have sustained the continuing case for basic social solidarity through the maintenance of left spaces, solidarity networks and other forms of community engagement. This genuinely life-sustaining work has highlighted the pragmatism of socialist ideas above the individualistic solutions offered by the far-right and pro-austerity left. The future of SYRIZA’s relation to these social and extra-parliamentary movements is very unclear at this stage. Similarly, but on a smaller scale, is it possible to understand the surge in SNP popularity following the independence referendum without also appreciating the explosion in grassroots activity that preceded it?

In England and Wales the outlook is even bleaker. Not only is the left generally lacking in the basic forms of outreach and engagement that has empowered our Greek and Scottish friends, but the electoral system is stacked against any chance of even a modest swing in electoral sentiment. Even if the Green Party was to mobilise an army of supporters comparable to that seen in the Scottish referendum the “breakthrough” would be underwhelming, at most a victory of a handful of parliamentary seats.

The splitting of the political centre ground, combined with the massive disenfranchisement brought about by austerity policies, leaves a great deal of potential for any movement offering real and practical non-parliamentary alternatives. As solidarity unionists we believe that grassroots engagement and direct action are not merely the means of realising that latent potential, they are the basis for the worker-run society we’re trying to build. Meaningful and lasting victories can be won through these activities in a number of highly adaptable and scalable forms – from the group of workmates who march on the boss to win back their tip jar to the occupied and collectivised factory employing thousands of workers, we’ve got a working model for building the society we want.

Trade union membership in the UK has been in steady decline since the late 1970s. In the last decade membership figures have largely plateaued with a few thousand dropping off the figures each year. The most active and visible unions, as well as those with the largest memberships, are those employed in the now shrinking public sector. Since the 2008 financial crisis the TUC has offered little to nothing in the way of meaningful resistance to public sector cuts, stagnation in pay and attacks on workers’ rights. Tribunal fees, one of the earliest and most damaging legal changes introduced by the coalition government have been subject to a number of unsuccessful legal challenges by the larger unions but there has been no effort to mobilise collective opposition. One-day strikes and repeated, progressively dwindling protests and demonstrations against attacks on their pensions, pay and conditions have delivered nothing.

At the IWW strategy conference three years ago it was resolved that the mission of this union was to organise “the unorganised, the abandoned and the betrayed”. For many of us in the IWW the first category is a familiar one as (like a massive section of service, hospitality and restaurant workers in the UK) our members frequently find themselves in workplaces without a union. That shouldn’t, however, detract from the fact that we are in desperate need of rank-and-file initiatives within the existing trade union apparatus that can affectively mobilise a cynical and worn out membership. Trade unions have wholesale retreated from actual day-to-day engagement and organising in favour of top down and institutional action. Our networks of dual-carders spread across the existing trade unions need to cut through the inertia and get workers mobilised and enthusiastic again. Not for a new officer or protest or lobby but for those principles that should be the bedrock of the labour movement: common action on the job to improve the conditions of your workmates.

The rules of the political game may have changed, but how we play in response to it remains the same. Building a mass movement for social change has to start with an active engagement with the issues that exist in our workplaces and communities. Your neighbours, workmates and fellow claimants need to see that action can and must be taken to re-build the broken links of social solidarity that have been so effectively dismantled over the past thirty years. In addressing those real, immediate challenges that people feel in their everyday lives we can start to work together to build alternatives.

A modest but important example of this is the campaign that Sheffield General Membership Branch recently conducted against the owner of a local deli. The campaign was in response to a fellow worker who was unfairly (and possibly illegally) dismissed from the deli following an incident where they addressed the bullying and harassing behaviour of the owner. In spite of the limited scope of the focus – a single employer operating one business in the restaurant and hospitality sector – it became an incredibly vibrant and energising campaign that involved members from a number of IWW branches, a great turnout from the local community, ex-employees of the deli, TUs and many others too numerous to name. We believe that this additional momentum behind the campaign was due to a number of key factors;

Contrary to conventional wisdom, it seems that there is not necessarily a blanket unwillingness to engage with radical alternatives. Rather, people’s faith has been tested too often. We need to demonstrate that we have the capacity, organisational skills and determination to win small in ways that allow us to think big. This allows us to credibly push the principle and practice of a fighting union across workplaces and in areas where union engagement is unknown.

However, visible campaigns like the above shouldn’t detract from long-term, steady work of those organising amongst their workmates or the less exciting organising work that underpins the campaign itself. In both cases the principles of the IWW approach are underlined by a belief that in order to challenge capitalism we should not be looking “to the skies” but to how we can shift the balance of power in our everyday lives.

What would a branch of one hundred Wobblies look like? This was a question that was considered largely academic to seasoned members over a decade ago when local meetings would be composed of a handful of members in scattered industries.

The IWW is still a small (but growing) union. A healthy growth in membership has, however, led us to seriously address what a genuinely inclusive and active union culture at this scale should look like. As we grow, learn and experiment it is becoming increasingly apparent that many of the presumptions we brought from the activist milieu are just as unfit for purpose as those of the traditional trade union movement. A branch meeting dictated by the local paid officials and organisers can be as alienating as the mystifying codes and practices of consensus decision making. It has become apparent that structures need to be able to accommodate a culture of debate and grassroots democracy as much as they need to be balanced by a healthy and accountable centre.

These challenges have also led us to question our own assumptions when it comes to internal organisational culture. This is particularly the case in terms of our experiences of a continuing attitude in the Left that meetings should be considered an end unto themselves. That simply attracting x number of people to a public meeting or holding a successful conference or gathering is a sufficient measure for organisational success. This is a dangerous approach not only for its basic insularity but also for its flattening of organisational success to the simple measure of “bums on seats”. If workers’ organisations are to be effective they need to be not only building greater but stronger levels of participation. That means raising the bar in terms of both the quantity and quality of membership, or as we like to say – aiming to turn every member into an organiser. Our measure of success should not just be the number of people who “get” what we are trying to achieve but how we have made them better equipped to do something about it through organising, campaigning, or rep assistance.

Social struggle is hard work, but we don’t need to burn out. Any veteran of social justice activism who has endured a three/four hour meeting on decision-making process will likely agree that there seems to be a particularly masochistic bent to some of the more unique cultural practices of the contemporary Left. On a basic level this is symptomatic of a general level of disorganisation amongst the activist milieu as well as a tendency for political principles to be prioritised over a more grounded and sensible organisational practice. The idea that these things should be taken as par for the course stems from a wider mindset that associates political activity with a form of service or obligation. We feel that these are demobilising and exclusive attitudes that need to be challenged.

We are all pressed for time in busy and stressful lives. Balancing work and family life is often hard enough without the additional obligations of political activism. We think it is important then that any time that a group of Wobblies get together we should aim for it to be a mobilising and empowering experience. If this is a public action it should be an affirmation of the alternative we want to offer, we should celebrate the fact that workers have felt confident enough to make their grievances public and that we are strong enough to take to the streets. If it is a meeting or a gathering it should aim to develop the membership, through skill-shares, education, training, union culture or even just hosting a vibrant social event. Members should always feel that they have gained something extra from their union. That’s not to say that if something isn’t “fun” it shouldn’t be done. Lots of aspects of union organising are quite stressful and demand a great deal of time and patience. What we don’t need, however, are martyrs who feel obligated to sacrifice everything for the cause but people who want to invest in union culture because they feel empowered by it.