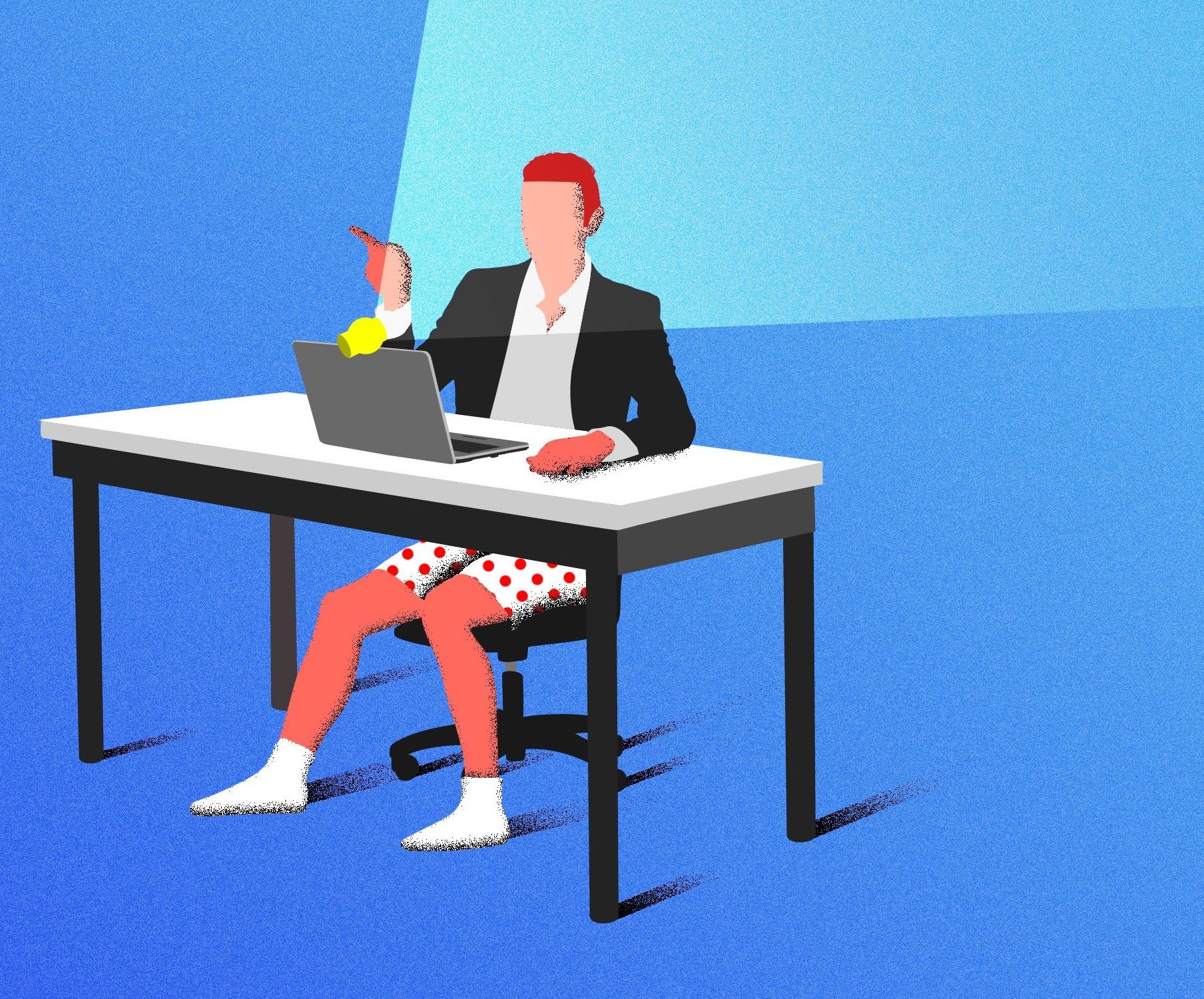 The lockdown has up-ended almost every aspect of our daily lives and this has been true also of our organising. Not only have we needed to act very quickly to adapt to a world of limited social contact – something always considered a linchpin of strong trade union organising – but do this in the face of incredible challenges.Whether mass layoffs, lack of PPE, safety measures or evictions, the stakes have been incredibly high in the face of a virus that has broken families and ended lives.

They say, however, that necessity is the mother of invention and seven weeks of high-intensity organising has produced some interesting results that are worth reflecting on in terms of how they may make us better and more effective in the future. The stakes remain high as more and more workers are encouraged back to work through lockdown easing. The possibility of a second peak and the return of lockdown restrictions means we also have to be ready to double-down on what we know works at short notice. So what are some quick lessons we can draw?

1. Time to Lead: Step Up or Step Aside

The UK Covid experience has been marked by indecisive and unclear leadership. This has had catastrophic consequences in terms of our high death rate compared to most of our European neighbours. It has also trickled down to the way that businesses and public institutions have struggled with contradictory and confusing guidance from the government often with disastrous consequences for workers.

Actions that are bold and decisive matter in this vacuum. In the case of my workplace, as soon as lockdown was announced I gathered together all the contacts of everyone I had of my workmates and added them to a WhatsApp group. This would be something that I’d probably consider to be a bit too pushy and head-strong in other circumstances, but it’s proved a vital line to my colleagues in circumstances that would otherwise prove highly isolating (particularly for those directed to “shield”). More importantly this forum allowed my workmates – both union and non-union members – to contact me directly for support and guidance as a Workplace Rep.

I also, in a slightly unorthodox fashion, managed to get a direct contact number for my boss’ mobile. Again, this is something that would have probably landed me in a bit of bother in other circumstances. It may even do in the future! But it has allowed me to conduct negotiations on behalf of my members, and even threaten a mass walk out, with a great deal of success. Emails would have been easily ignored and this would have ultimately left me and my members high and dry in the face of my employers’ decisions. It was a bit of a risk but ultimately it paid off and my boss now even rings me to consult on the measures he’s putting in place for lockdown easing. 95% of good organising is about confidence – confidence to communicate, confidence to raise demands and confidence to act – this still holds and if you can bring people with you it matters more than ever in the face of the wholly un-confident way our public institutions have handled this crisis.

We are probably all suffering a bit of Zoom-fatigue at this point (anyone up for another quiz?) but the power of virtual meetings to significantly broaden participation has been decisively proven in the past few months. We discuss this with Petros of the United Voices of the World union on the latest episode of ‘Talking Shop’. He mentions, and I believe summarises it well, that there has been for sometime almost a “taboo” about virtual meetings. It was somehow considered to be weak or lazy organising and “less authentic” than bums-on-seats in the back room of a pub. Recent experience has proved that the reality couldn’t be further from this.

We have seen pretty mind-blowing levels of engagement over lockdown. This month the National Education Union hosted the largest meeting in the history of the trade union movement with 20k members on a single Zoom call. My own branch meetings, which typically have between 15-20 members in attendance and are frequently inquorate, have been drawing 100+ members online. Not only this but members are participating fully with questions, discussions and training at a level I’ve never seen in 15+ years of union organising.

Virtual meetings have also removed many important barriers to participation. I recall the nightmare, while running campaigns in social care, of trying to schedule meetings around multiple workmates all with different split-shift patterns and night work. Not to mention the sheer force-of-will that was required to hop on a bus to the centre of town for a branch meeting after having worked 12+ hours with little sleep. Factor in looking after children or caring for a vulnerable dependent and participation was near impossible. By contrast we’ve seen people watching their children, cooking dinner for their family, relaxing in their beds, enjoying a bit of sun in their garden (we’ve even heard the occasional toilet flush!) all while happily participating in their union.

3. Case Work and Organising Work can reinforce each other

Case work and organising are typically contrasted as separate and sometimes   conflicting areas of trade union work. Case work is often individualised, very emotionally draining, procedural and legalistic. Organising, by contrast, can be collective, dramatic and empowering. Both are necessary parts of a union’s responsibilities to its members, but most organisers will state clearly their preference for the latter over the former. Particularly in terms of the leg-work, research and legal specialisation that is needed to truly excel at case work.

Covid, however, has had an interesting effect on this traditional formula. Health and safety law and knowledge of that law has never been so important. The protections of Section 44 of the Employment Rights Act (1996) could prove a vitally important tool in protecting workers’ collective interests as we enter lockdown easing. Given the essential nature of this pandemic – that it affects everyone simultaneously and for the same basic reason – casework is, at this point, also fundamentally collective.

This was, of course, the case before Covid as well. If a manager was bullying a particular employee, that really should be and is an issue for everyone in that workplace as much as it is for that individual worker. The fact that a particular stairway is inaccessible or that toilets are gender-exclusive may be felt more strongly and severely by particular people in a workplace but it ultimately impacts everyone in terms of the nature and culture of that working environment. An injury to one is an injury to all. Covid has just made this clearer than ever. Collective responses ultimately work best and it has taught us that we should always aim to collectivise case work in the first instance and not organise as a separate or independent concern.

4. Neighbourhood and workplace organising can effectively support each other

In this article the Editorial Team discussed the important relationship between community and workplace organising through the crisis with some brilliant examples of how neighbourhood and mutual aid groups can be used to support a “whole worker” organising strategy.

I will only add that the relationship between neighbourhood and mutual aid groups can cut both ways. I know, for example, that many of the mutual support networks that cropped up in my local area were organised by furloughed, retired or sometimes still active and organising trade unionists. Why? Because these were the people who had the instincts, confidence and experience to know that in times of crisis it’s better to pull together and support each other than stand apart. This relationship between organising in the workplace, neighbourhood and community remains a vital one to building effective social power. Covid has short-circuited a process that, under other circumstances, would have possibly taken decades to develop. It is still early days and it’ll be interesting to see how mutual support groups fare when lockdowns ease further and more people are back at work, nonetheless we’ve been shown that the means, methods and the instincts are all out there. You can organise across the community and workplace simultaneously and this can be a genuine source of practical, collective strength.

5. Direct action still gets the goods

In spite of the importance of workers’ legal protections and entitlements in much of the organising work that has happened during lockdown by-and-large the most powerful actions have been where workers have voted with their feet. “Sick outs”, walk outs and strike action has and will continue to be the most important lever workers can use to keep themselves and their families safe.

These struggles are ongoing and have been most intense in those areas of the economy that have continued to function throughout the crisis (most notably warehousing and those related to internet retail). Amazon warehouse workers have staged sick-outs and strikes across a number of European and US sites over lack of social distancing measures and PPE at work. At the end of March 500 ASOS workers walked off the job after the company failed to enforce any kind of social distancing on its sites. The outcomes of these campaigns will prove vitally important in both setting the expectations of employers as we exit lockdown (particularly in those industries with low union density) but also setting important precedents of the kind of action necessary to force employers’ hands in the future. It’s important that we do everything we can to reach out and support these workers with practical offers of solidarity and make sure they win. The outcomes of these disputes will impact us all.